BIC Euronova, based in Malaga TechPark, contributes to the creation and consolidation of more than 500 innovative companies and 5,200 qualified jobs, since its foundation 30 years ago. 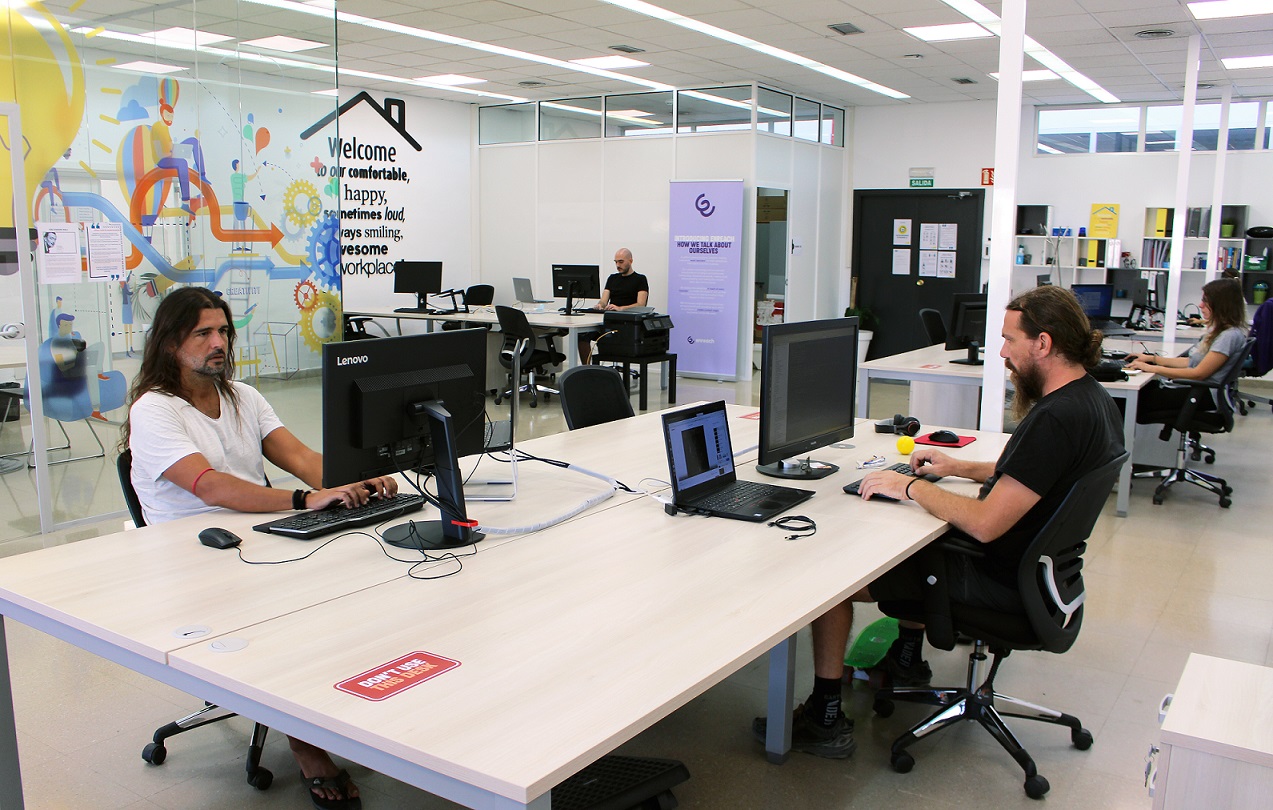 The European Center for Business and Innovation BIC Euronova, based in Malaga TechPark, has reached a historic milestone for its 30th anniversary, which it will celebrate on October 22. Since its establishment in 1991, the oldest incubator in the region has contributed to the creation of 500 technology companies and has generated more than 5,000 jobs in the Malaga park. Its contribution to the technopolis is crucial, since 25 percent of current companies have been developed in this space of innovation. Likewise, their stay in the incubator has given them a survival rate of around 80%, one of the highest in the Spanish entrepreneurial ecosystem.

Many of the startups that emerged in BIC Euronova are now consolidated companies with high foreign penetration. Within this group, Aertec Solutions, Arelance, Epes 061, Ebury, Hispasec, ICCCS, Ingenia, King´s Buffets, Lynka or Sequel, among others, stand out.

“Going through BIC gave us an extra trust and relationships that have been very good for us to continue growing”, attests the CEO of Aertec, Antonio Gómez-Guillamón. The aeronautical company, with 30 million euros in sales and a staff of 600 professionals, was surrounded by start-ups in similar conditions, something that gave them invaluable experience. “In addition, the BIC Euronova team connected you with interesting people, acted as an interlocutor in front of the administrations and became a speaker of your successes”, explains.

CEO of Ingenia, José Blanco Arjona, remembers BIC Euronova as “an ideal place” for the technology companies that were taking their first steps. “Being there, in the PTA”, he continues, “was key in the development of Ingenia”. This international company was the first company to be established. “And we are not talking about a building but also about the synergies between entrepreneurs and companies and, above all, support and accompaniment services,” Blanco says.

Arelance, another of its guests, is today a benchmark in outsourcing for multinationals such as Indra, Accenture, Inetum, Unisys or Worldline. In the opinion of its managing partner, Pablo Díaz, BIC Euronova’s services “covered a myriad of essential areas, which were outside the core of activity, although they greatly helped you to focus on the business”. “In addition, it offered a scalable venue, and as we grew we were using larger offices and spaces”, Díaz explains.

Apart from the companies generated, the incubator has tutored more than 575 companies that have created more than 5,425 highly qualified jobs during its first years of activity.

Currently, BIC Euronova physically houses 36 companies, to which we must add another 28 in its virtual incubator and another five in its coworking space. Seed companies have historically been linked to ICT technologies and software developments. However, seed firms are currently treading heavily, more focused on health thanks to the need for digitization demanded by this sector.

Throughout its 30 years of life, more than a dozen nationalities have passed through it. In fact, the international component is now stronger than ever and reaches 20% of the incubated companies. Their countries of origin are mainly the United Kingdom, the Netherlands, the United States, Denmark, France, Sweden and Belgium.

BIC Euronova belongs to the European Network of Incubators EBN (European Business Network), which groups 250 similar incubators throughout Europe and is an agent of the European Digital Innovation Hub by the European Commission. In addition, it is certified as an international center by the National Incubators Association of the USA (InBIA) and is a partner of the Skydeck accelerator of the University of Berkeley.

This export vocation also translates into the technical office in Shanghai (China), with which they seek to attract Chinese investment and promote collaborations between companies from both countries. It also maintains an alliance with Keiretsu Forum, the largest international network of private investors, with 53 locations in 27 countries on four continents.

Founded in 1991, at the request of the Commission of the European Communities, it was the first incubator for innovative companies that Málaga TechPark had, but it was also one of the oldest centers to open its doors when it was inaugurated.

Its mission is to support the creation, incubation, consolidation and internationalization of innovative SMEs, promote the start-up of new activities in existing SMEs, as well as advise entrepreneurs and public administrations on innovation, in order to promote the endogenous generation of wealth and employment.

BIC Euronova is owned by the IDEA Agency of the Andalusian Government (40%), Promálaga of the Malaga City Council (40%) and UNICAJA Banco (20%).