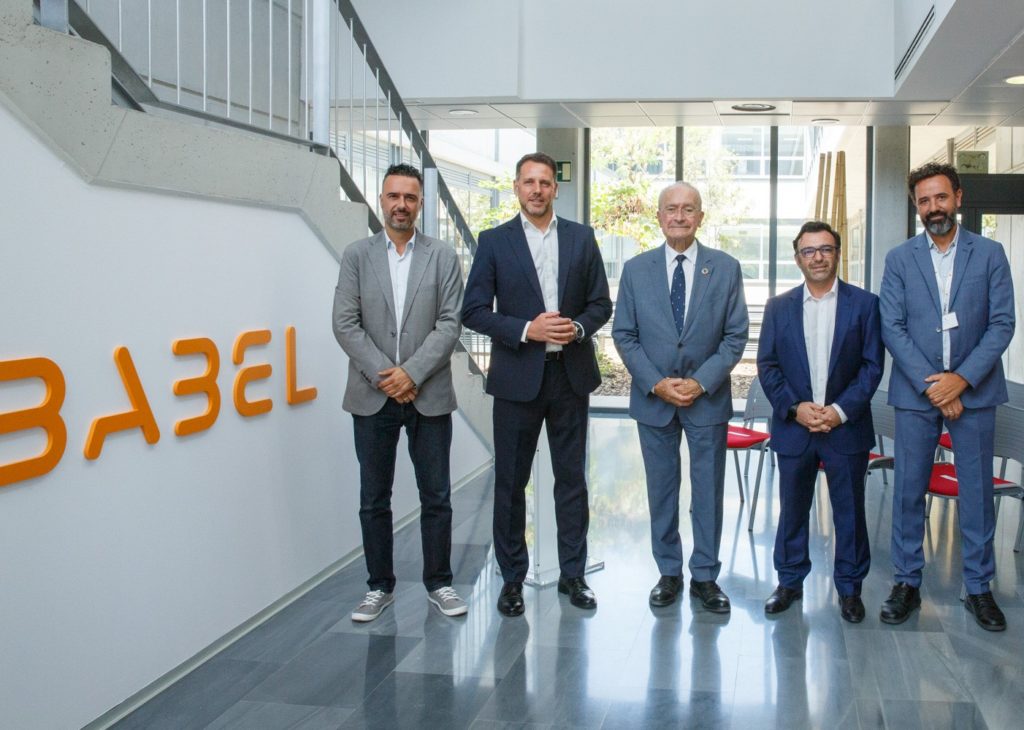 Babel, a Spanish multinational specializing in digital transformation solutions and services, has expanded its global center for advanced services specializing in cybersecurity in Malaga TechPark, acquiring a strategic international position that will cover clients in Europe, North Africa and America.

In recent years, advances in digitalisation in fields such as mobility, 5G, cloud, big data, artificial intelligence, robotisation, biotechnology and quantum computing have led to an increase in cybersecurity risks in companies around the world. Aware of this reality, and in line with its strategic growth plan and Mars 2025 objectives, Babel has strengthened its strategic cybersecurity area with the integration of Ingenia in 2021 and the launch today of its Cybersecurity Global Hub, which is now international in scope and will create 500 jobs in the province.

The center, located in Malaga TechPark and equipped with the latest technologies, has almost 30 years’ experience and close to 600 projects for more than 200 clients around the world. From this enclave, the cybersecurity services of the 14 countries in which the group has offices will be coordinated, giving rise to a global and international center, which already has more than 200 specialists in managed cybersecurity services in Malaga, and which plans, with a commitment to local talent, to reach 500 specialists in three years’ time.

The event was attended by the Mayor of Malaga, Francisco de la Torre, representatives of various local and regional institutions and some of its main clients. The mayor applauded the creation of this Hub, which will place Malaga at the forefront of cybersecurity, as well as creating jobs in the sector and signifying development and projection for the city, very much in line with the technological strategy in which all the actors and administrations involved are working.

“Babel is growing at a fast pace and needs to evolve constantly. We are increasingly present in more countries, there are more professionals in the group, we have better and greater technological capabilities, and, consequently, more projects of greater scope and complexity. This has led us to create a coordinating hub, from where new knowledge will be generated, which can be scalable to other countries; without forgetting the local idiosyncrasies that will generate specific centers in each country”, says Tony Olivo, CEO of Babel.

For his part, Babel’s Director of Strategy and Innovation, Luis Barreiro, assures that “the aim of this hub is to offer companies around the world the most advanced services in fields such as cybersecurity and exponential technologies, which in just two years will represent a high percentage of the group’s turnover. At the same time, we will undoubtedly strengthen Malaga’s role as a technological benchmark in the world”.

Babel is a Spanish multinational technology company specializing in digital transformation solutions with a presence in Spain, Portugal, Morocco, Colombia, Costa Rica, Chile, Ecuador, El Salvador, Guatemala, Honduras, Mexico, Panama, Dominican Republic and the United States. The firm aims to be a benchmark in the provision of services aimed at large companies and public bodies, characterized by the quality of its service, the trust of its clients and the commitment of its professionals. It is currently one of the top 10 technology consultancy firms with Spanish capital, has around 2,700 professionals and posted a turnover of more than 104 million euros last year, and this year it expects to post a turnover of 145 million euros.

The multinational has a differential corporate model, with working partners with strong ties to the group. Transparency and communication are elements that differentiate it from its competitors. One of its missions is to offer employees a long-term professional career in which individual merits are valued.  www.babelgroup.com