Málaga TechPark will make 3,800 m2 of office space available to the business sector from October 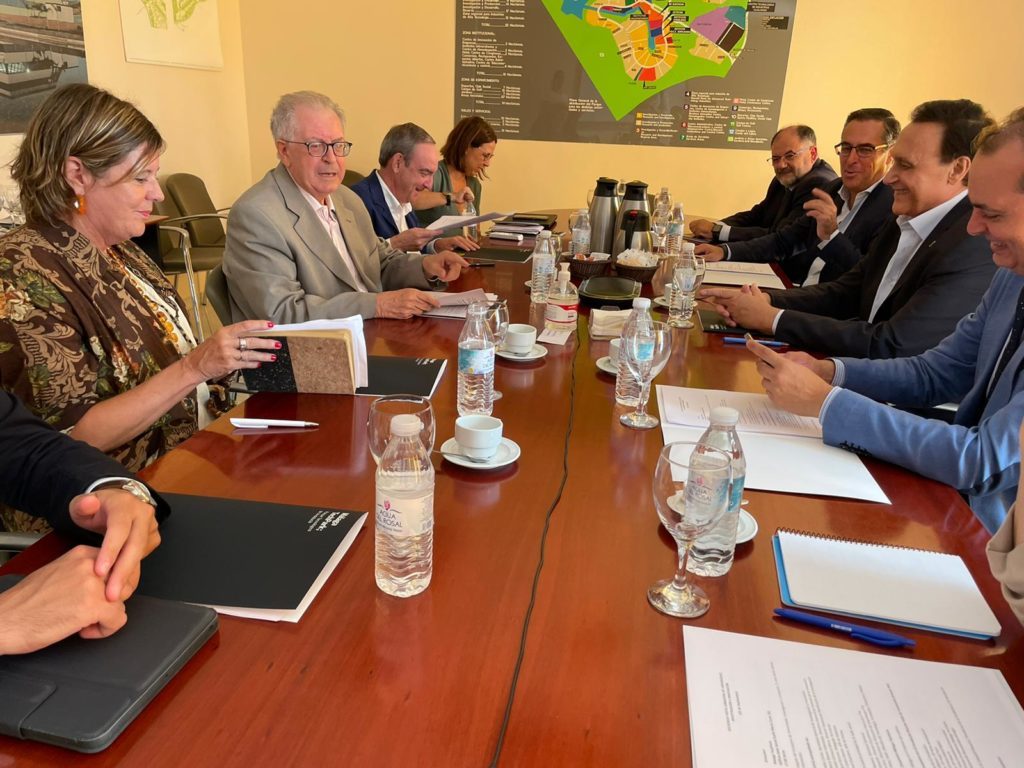 The Parque Tecnológico de Andalucía (PTA), known as Málaga TechPark, will make 3,800 square meters of office space available for economic activity, starting next October, with the capacity to house almost 4,000 employees, aimed at the installation of new innovative companies in the complex. This absorption capacity will be increased in the medium term with the tendering and construction of two new office buildings in the complex.

This was emphasized by the Councilor for University, Research and Innovation, José Carlos Villamandos, during the meeting held with the General Director, Felipe Romera, to get to know the facilities and the main initiatives promoted by the park.

The implementation of these three projects is part of the expansion being carried out by Málaga TechPark and allows, according to Gómez Villamandos, “to strengthen the technopolis as a showcase for attracting new strategic projects of a national and international character.” As he added, the park’s ability to attract these large corporations is helping to consolidate Malaga and Andalucia as “true benchmarks of innovation and technological development.”

The Minister of University has pointed out that “Malaga TechPark has established itself as one of the most important ecosystems in Spain” while highlighting “its specialization in disruptive technologies such as artificial intelligence, blockchain, cybersecurity, the Internet of Things or Big Data.” In that sense, he pointed out that this commitment “places it in a privileged position to champion the new model of economic development based on knowledge and innovation that is advocated by the Andalusian Government.”

The first 3,800 square meters to be offered correspond to the Rosalind building, whose construction work is practically completed, with the last urbanization works having been carried out, after an investment of 5.9 million euros. This building is part of the Smart Ágora complex.

In addition to this building, there are two others planned that could be operational as of 2024. Both buildings will be erected on the R&D15 plot, located in the first phase of the park’s expansion, and the Teatinos expansion area, specifically in the PTA-Universidad Málaga (PCEM) area. The first, with a surface area of 3,779 square meters, has already been put out to tender for 6.9 million euros and the plan is to award the construction work before the end of 2022 so that work can begin at the beginning of 2023.

The planned building in the PCEM zone has an area of 4,453 square meters and will be erected on plot SP-2.3, adjacent to The Green Ray. The tender for its construction will be carried out in the first half of 2023.

In addition to these more advanced initiatives, Málaga TechPark has a land reserve of 110,000 square meters of an additional buildable area currently available to continue responding to business demand.

Strategic alliance with the University of Malaga

Gómez Villamandos also referred to the strategic alliance between the technology park and the University of Malaga, which has been strengthened in recent years. As an example, he mentioned the actions promoted in The Green Ray building, a space for entrepreneurship, technology and knowledge that houses the most innovative companies. Through this project, more than 600 activities and events related to this area were developed in 2021.

In addition, the Digital Transformation Observatory “Digital Eye,” which aims to integrate efforts in the area of digital transformation, as well as to disseminate, promote and advise on this matter, has been created.

Similarly, the Minister of University has emphasized the eCityMálaga initiative that is being developed in the park, along with the City of Malaga and Endesa and with the support of the Board. “This site will be an exponent in the development in Andalucia of a smart city model at the forefront of innovation in renewable energy, sustainable transport, efficient building, open data and digital infrastructure,” he said.

So far, 41 public and private entities, including companies, universities, associations and foundations, have joined this action.

Meeting with representatives of Innova IRV

The University Minister also met with representatives of the Ricardo Valle Institute of Innovation (Innova IRV) to learn the details of the project. Gómez Villamandos has told them that “the Board will continue to strengthen its commitment to this initiative, as it is part of our innovation and knowledge transfer policies.” In fact, the Regional Ministry of University is one of the founding trustees.

“The institute brings together public and private initiatives, an alliance on which we must continue to insist to strengthen innovation in Andalucia,” he said, adding that “its specialization in technologies in high demand such as microelectronics, 5G, cybersecurity and artificial intelligence, will be a valuable contribution to the transformation of the productive fabric of Malaga and Andalucia.”

Innova IRV is a public-private foundation promoted by the Regional Government of Andalucia, the City Council of Malaga, the company Mayoral, the Sando Foundation and the Myramar Group. It is also formed by more than twenty collaborating entities, including companies, academic institutions and administrations. Among them is Málaga TechPark, where it has its headquarters.