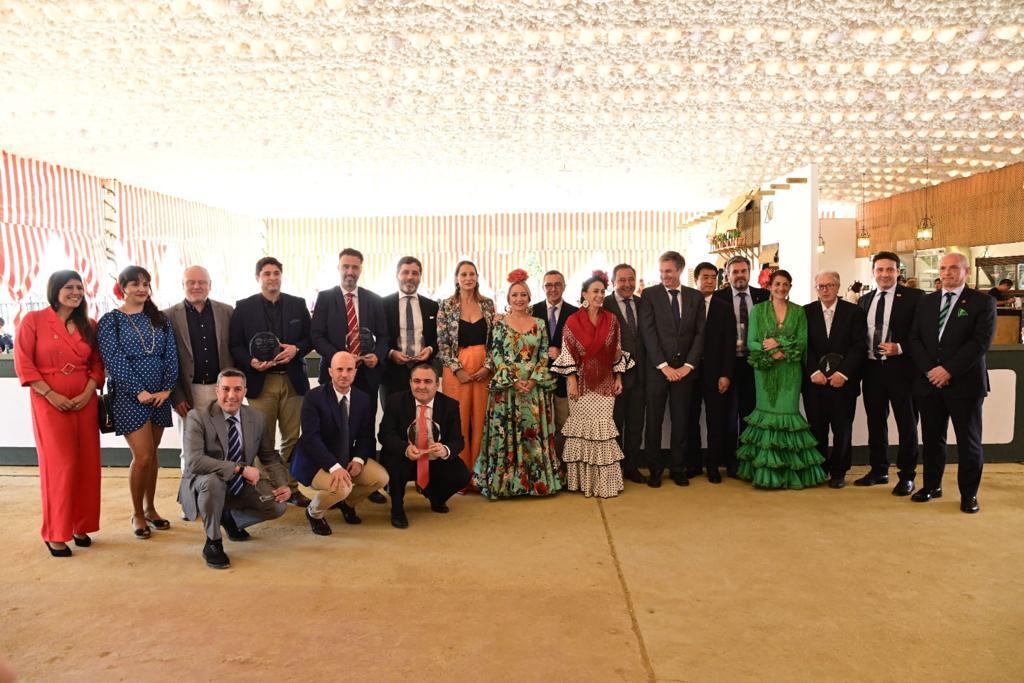 The Seville Fair has hosted the fifth edition of the Luz 2022 Awards, framed in a new “E-ICT Technological Meeting” (in Spanish “Encuentro Tecnológico E-TIC”), networking organized by Cibersur and Human Smart Lab, and promoted by the entrepreneurs Victoria Cabrera and Carmen Bernaldez, where the main agents of the ICT sector meet and share experiences and projects related to technological progress in Andalusia.

Premios Luz have recognized the work done by different projects, initiatives, companies and professionals for the  modernization and digital transformation of the Andalusian region. In addition, they have valued their contribution to ICT development in an exceptional period, meeting the digitization needs of citizens, local government and businesses, at a time of emergency. This was explained by the organizers of the awards, Victoria Cabrera and Carmen Bernaldez. “This year we wanted to give special thanks in these awards to all those people and entities, who with their work have given light and have made possible the digital transformation in our region, and the return to normality after a complex and exceptional period as has been the pandemic”.

After two years in which the health crisis has prevented the celebration of face-to-face events, the Premios Luz have returned in the framework of a new E-ICT Meeting, consolidated as a participatory event, and a contact platform for companies and professionals in the Andalusian technology sector. After the awards ceremony, held at the Caseta del Circulo Mercantil e Industrial, the attendees enjoyed a networking session to share experiences and identify business opportunities that promote technological progress in Andalusia.

The fifth edition of Premios Luz has had the support and collaboration of the following companies: Elliot Cloud, Bosonit Tech & Data, and Orange.

The Award was presented by Ms. Luz Usamentiaga. General Director of Regulation, Public Affairs and Sustainability of Orange. And it was collected by Mr. Raul Jiménez, Managing Director of the Digital Agency of Andalusia (in Spanish Agencia Digital de Andalusia).

The award was presented by Ms. María Teresa Sanchez Blas, Manager of Public Administrations at Minsait (Indra). It was collected by Mr. Pedro Cordoba, Dean of COITTA, and Mr. Antonio Rodas, President of AAGIT.

The award was presented by Mr. Eduardo Haro, Founder & CEO of Nazaries IT; and collected by Mr. Rafael Padura, Director of Institutional Relations of ON TECH Cluster.

The award was presented by Mr. Luis Fernandez Palacios, Secretary General of the CEA, and collected by Mr. Emilio Herrera, Director SPEC/Andalucía of the Cibernos Group.

The award was presented by Ms. Victoria Cabrera, Director of Cibersur, and Ms. Carmen Bernaldez, Co-founder of Human Smart Lab.  The award was collected by Ms. María Jose Escalona, University Professor. Department of Computer Languages and Systems of the University of Seville.

The E-TIC Technology Meetings are a meeting point configured as a platform for contact and business within a participatory, flexible and practical space, where the main agents of the Andalusian ICT sector share experiences and projects related to technological progress in Andalusia. Consolidated as an opportunity to strengthen the relationship with regular customers, identify business opportunities, keep abreast of developments in the Andalusian ICT sector and expand and strengthen networks of contacts between ICT professionals. These Technological Meetings are organized by Cibersur, with its director Victoria Cabrera, and by Human Smart Lab, with its co-founder Carmen Bernaldez.