Malaga TechPark receives more than 30 applications for installation, reinforcing its leadership as a technology investment hub 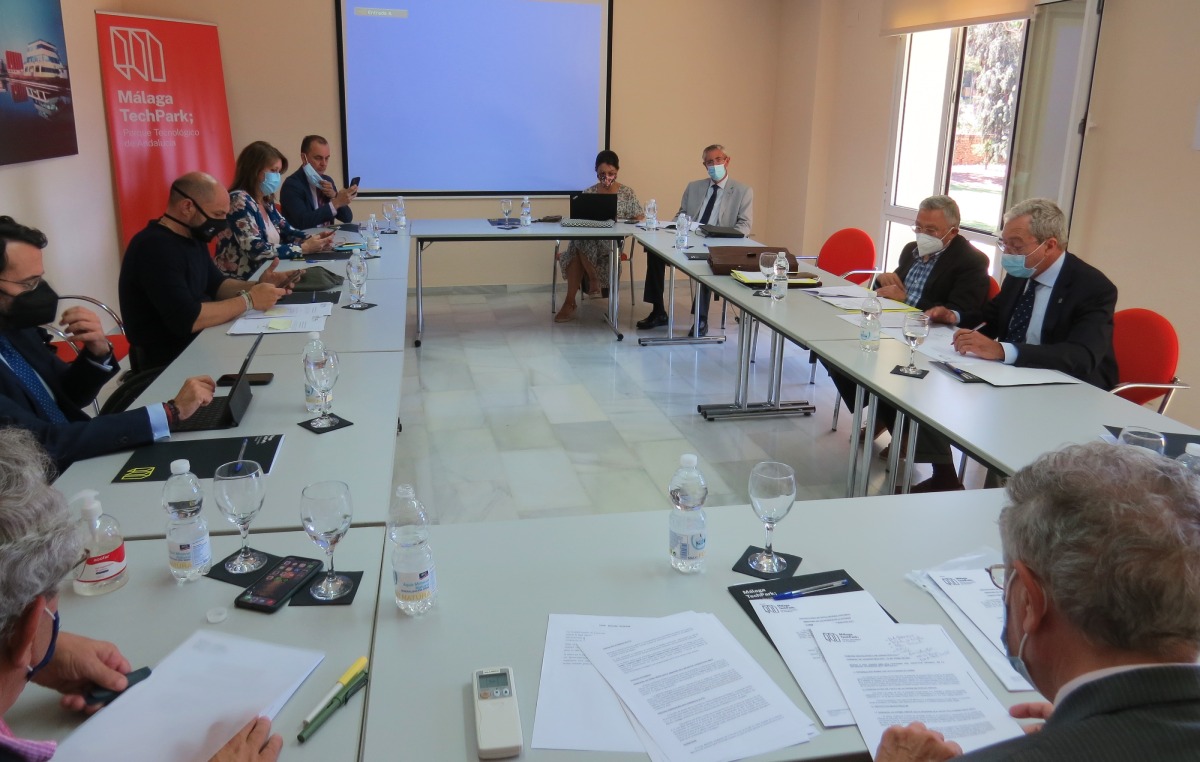 Velasco points out that the park will chair the Network of Science and Technology Parks of the Ibero-American General Secretariat as of September.

Since February, Málaga TechPark- has received more than 30 applications for the installation of new companies on a total surface area of approximately 11,000 square meters. These requests come from Malaga, Andalusia, Madrid and Barcelona, nationally, and from Germany, Belgium, Finland and Sweden, internationally. This has been announced at the board of directors of Málaga TechPark, which was chaired by the Andalusian Minister of Economic, Rogelio Velasco.

Among the lines of activity that have requested their installation in the technology park are companies that provide cloud solutions and IT services or supply platforms with blockchain technology, thus reinforcing its attraction as an innovation and technology hub. This growing interest is framed in a period marked by important announcements of strategic investments both in Malaga and in the park, as is the case of Google, the Digital Agency, Dekra, Globant, Telefónica, TDK and Vodafone or Everis.

Velasco stressed that “these projects have high added value, boost priority sectors and improve the competitiveness of the host productive fabric”. Benefits which, in his opinion, are of “special interest in the current situation of health and economic crisis caused by COVID-19 to favor the economic reactivation of the community”.

He explained that the Andalusian Government has deployed a wide range of measures aimed at promoting this attraction of investment, among which he points out the lines of aid for industrial development and innovation and business research.

He also referred to “the regulatory reform that is being undertaken to simplify and streamline the regulatory framework of economic activity in order to reduce the administrative obstacles that companies have to face. In this context, he clarified that this regulatory remodeling is part of the Plan for the Improvement of Economic Regulation, which will be approved before the end of the year and which seeks “a more efficient organization that does not hinder competitiveness, entrepreneurship, investment and job creation,” he said.

The Minister of Economic Transformation has remarked that the leadership of Malaga and its technology park in attracting strategic initiatives will also be reinforced from next September, when it assumes the presidency of the Network of Science and Technology Parks of the Ibero-American General Secretariat (SEGIB). SEGIB is an international organization that supports 22 countries that make up the Ibero-American community, which includes Spanish and Portuguese-speaking Ibero-American states, as well as the three countries of the Iberian Peninsula (Spain, Portugal and Andorra).

The network of parks encompasses more than 30 technology complexes of different countries, sizes and activities. Its objective is focused on the consolidation and strengthening of these complexes, while promoting actions and activities between companies and research groups located in them.

The interest in setting up in Malaga makes it necessary to intensify investments in spaces and infrastructures that allow new companies and startups with growth potential to locate, among which the construction works of the Rosalind Building, located in the extension of Malaga TechPark, stands out. This building is in full execution phase and has a completion date set for the end of 2021, which will allow the location of new companies in this 4,000-meter building.

Continuing with the development and support for entrepreneurship, Málaga TechPark has opened the new space The Green Lemon dedicated to entrepreneurship and innovation, with which to encourage the development of new startups around challenges, ideas and projects led by companies in the park. The areas of entrepreneurship to be promoted are focused on new technologies, such as Artificial Intelligence, 5G, Cybersecurity, Microelectronics, Connected Vehicle, Aeronautical Systems, Digital Health, or Industry 4.0, among others.

The first of the actions that has been launched is the training and coworking program in Artificial Intelligence (AI), organized together with the Malaga City Council and the EOI, and in which companies have been invited to participate with lectures, mentoring or launching challenges. The program, which lasts six months, includes both training activities and a coworking and acceleration program for business projects in Artificial Intelligence.

In this first edition, several Malaga TehPark companies, including Orange, Ericsson and Ingenia, participate. These two companies (Ericsson and Ingenia) have defined a series of challenges oriented to market needs based on Artificial Intelligence applied to cybersecurity, 4G networks and process automation. The aim is for it to be developed by entrepreneurs and startups that are encouraged to carry it out, and it is expected to start its activity in July.

Previous Post
The Andalusian Government reinforces Malaga as the headquarters of the Railway Innovation Hub, which generates 11,300 jobs and invests 2,600 million in R+D
Next Post
The head of the State Secretariat for Economy and Support to Businesses visits Malaga TechPark
Menu