Presented the initiatives that make Malaga TechPark a cardioprotected space 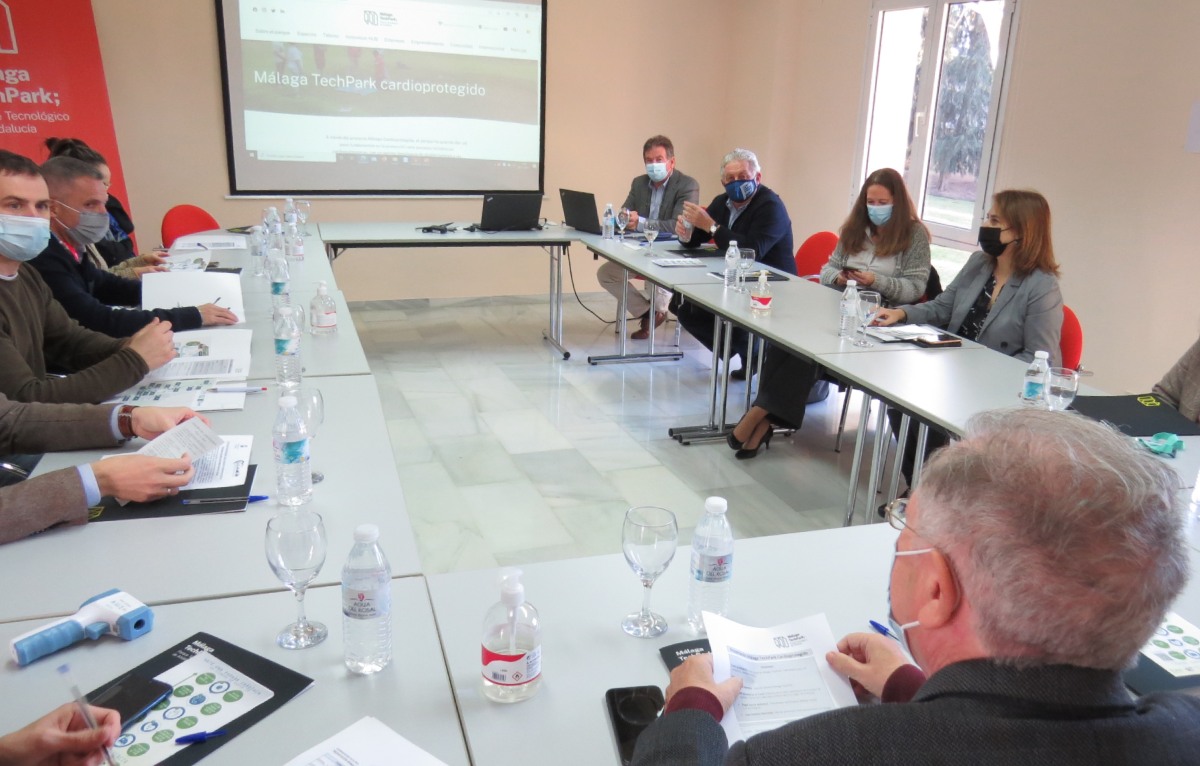 The actions framed in the Málaga Cardioprotegida project, to which Malaga TechPark is attached, has been presented by the park. The general director of Malaga TechPark, Felipe Romera; the Coordinating Physician of Malaga Cardioprotegida, Dr. Ángel García Alcántara; the Head of CEMI projects of the Malaga City Council, Juan Antonio Bermúdez; and the Professor of the Faculty of Medicine of the UMA and former director of the Emergency and Critical Clinical Management Unit H.U. Virgen de la Victoria, Dra. Mª Victoria de la Torre, have presented the set of initiatives developed in Malaga TechPark as a cardioprotected space.

The availability of early electrical defibrillation equipment helps to minimize the risk of cardiac arrest. Many fatal outcomes could be prevented by basic cardiopulmonary resuscitation techniques and the application of a defibrillator early in the attack. In fact, it is estimated that deaths from this cause (about 100 a day in Spain) could be reduced by half with the adoption of these measures.

By joining this project, the park has wanted to take a fundamental step in protecting against possible cardiopulmonary incidents, with an optimal deployment of defibrillators and an information and training program aimed at companies. An initiative that is also aligned with the Sustainable Development Goals (SDGs) defined in the United Nations 2030 Agenda, on which the park is basing its development and growth strategy. Specifically, the project meets Goal 3 of the SDGs, by promoting the health and well-being of the park community.

17 defibrillators have already been installed in different buildings in Malaga TechPark, a figure that will increase as more companies installed in the technopolis join the project. To consolidate the project, regulated training on first aid and cardiopulmonary resuscitation is being carried out for companies, as well as collaboration with them for the installation of defibrillators in their buildings, their proper signaling and the maintenance of said equipment. In addition, a working circuit for the workers is contemplated so that they know its use and location.

Likewise, a web section on the project that includes advice on early action and an interactive map with the location of all the defibrillators on the premises have been incorporated.

This map has been developed by the Municipal Computer Center of the Malaga City Council, and thanks to it, any user can find out the location of the defibrillators in the park and throughout the city: www.defibrillators.malaga.eu.