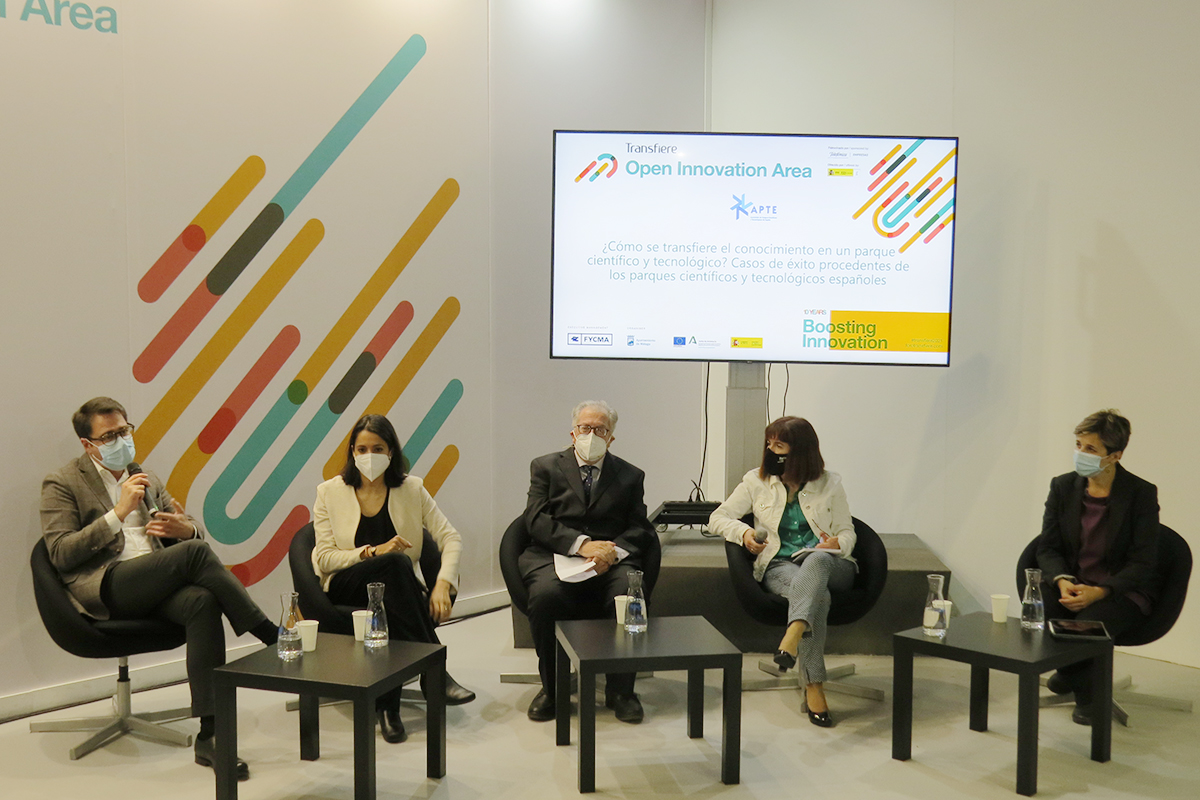 Spanish science and technology parks have participated in Transfiere 2021 to highlight the importance of joining efforts among all the intermediate organisms of the innovation system to contribute with greater impact to the economic recovery of the country and highlight the role that digitization will play in this objective.

The Association of Science and Technology Parks of Spain (APTE), based in Malaga TechPark, ends its participation as the driving entity of a 10th edition of Foro Transfiere very special to be held in person in a context marked by innovation processes in all areas, particularly in global health.

For her part, Soledad Díaz, manager of APTE, took part in the round table of the Network of Intermediate Organisms of the Innovation System of Transfiere 360º in which the first project of this Network was presented: Cybersecure Spain, an initiative to considerably increase the level of preparation of Spanish companies in the face of cybernetic attacks.

APTE is part of this Network together with 4 other networks: the Association of Electronics, Information Technology, Telecommunications and Digital Content and Services Companies (AMETIC), the Spanish Federation of Innovative Business Groups and Clusters (FENAEIC), the National Association of Spanish CEEIS (ANCES) and the Spanish Federation of Technology Centers (FEDIT), all of them under the umbrella of the online edition of Transfiere (Transfiere 360º).

Previous Post
The European project ‘Recycling Business Models’ concludes with all the proposed objectives achieved
Next Post
The Green Lemon of Malaga TechPark hosts an acceleration and training program around Artificial Intelligence.
Menu