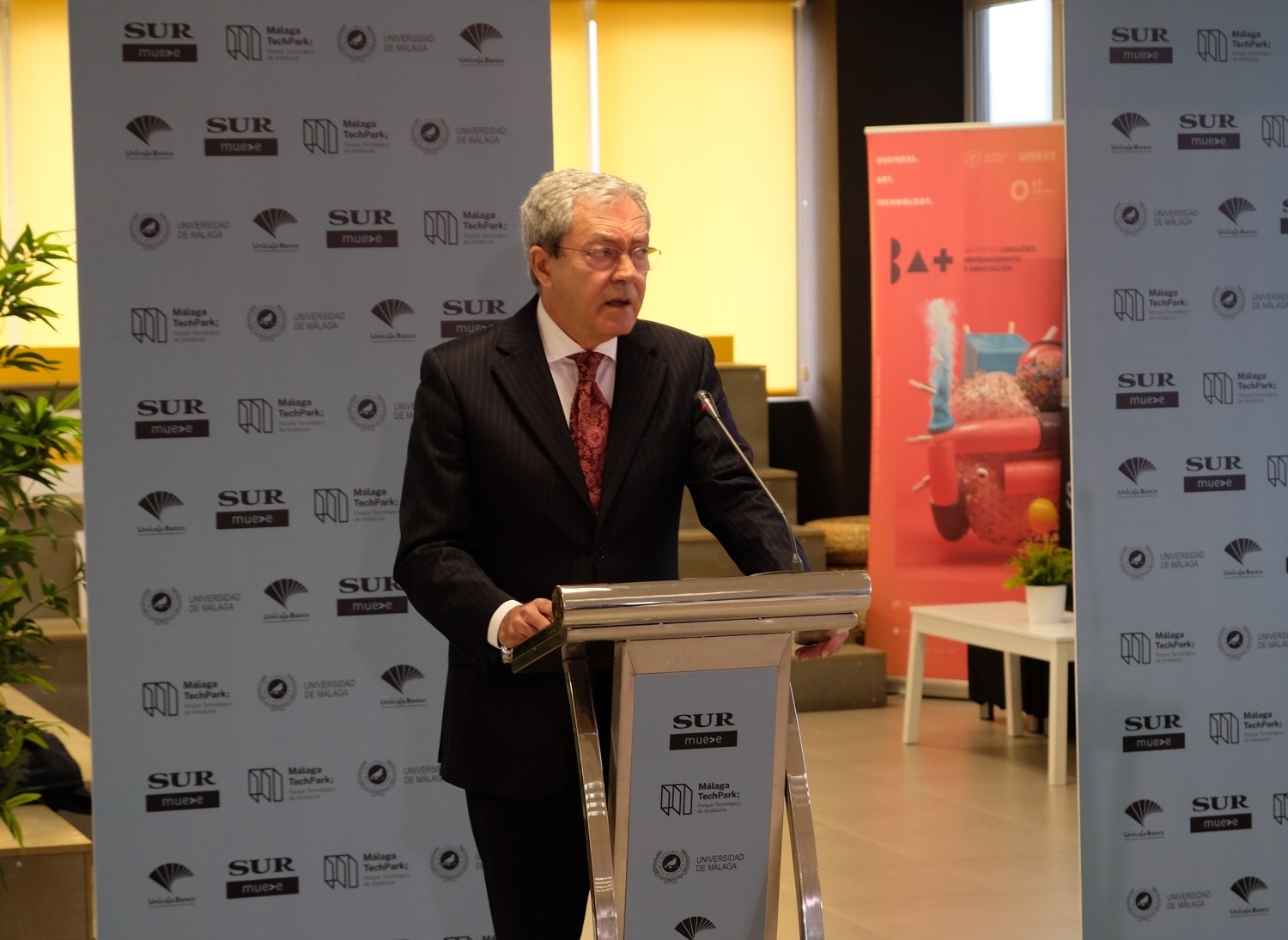 Rogelio Velasco indicates that the actions grouped around the ‘eCities’ are among the most ambitious proposals supported by his Ministry, which has supported different initiatives amounting to € 9.9 billion.

The Andalusian Ministry of Economy has grouped in the project ‘ATIS, Andalucía Territorio Inteligente y Sostenible’ (Andalusia Smart and Sustainable Territory), the public-private initiatives that will contribute to connecting and transforming the spaces dedicated to R&D&I for the achievement of smart cities or ‘eCities’. ‘ATIS’, which brings together actions budgeted at 960 million euros, has been included among the projects that Andalusia has submitted to the central government to be eligible for financing with the European Union Next Generation funds.

According to the Andalusian minister Rogelio Velasco in a breakfast-colloquium organized by the Diario Sur “it is one of the most ambitious proposals that we have supported from our Ministry”, which in its entirety promotes projects in the different sectors for a global amount of almost 9,900 million euros.

The ‘Andalusia Smart and Sustainable Territory’ initiative brings together actions aimed at improvements in the energy, building, mobility and digitization fields. “All these initiatives have been selected after intense work to choose investments of excellence that generate positive and driving externalities that should have priority in the Recovery, Transformation and Resilience Plan that Spain sends to Brussels”, said the Andalusian minister of Economy.

These initiatives to promote ‘eCities’ will also strengthen the role of Andalusian science and technology parks, “since they will be new instruments for the revitalization and strengthening of the Andalusian innovative ecosystem”.

Rogelio Velasco has outlined the main challenges of the post-Covid Andalusian economy, stressing that “digital transformation, innovation and research are, without a doubt, the best weapons”. “One of the objectives in which the regional Administration deploys resources is the digitization of companies to promote innovation in the Andalusian productive fabric, which will have to compete in a new scenario marked by the fourth digital revolution,” he insisted.

“Thanks to the impulse that we have undertaken since coming to the Government, we have managed to place, in 2019, Andalusian investment in R&D, at 1,538.4 million euros, 4% more than in 2018, equivalent to 0.93% Gross Domestic Product ”, explained the minister. This figure places Andalusia as the third region at the national level in absolute terms, only behind Madrid and Catalonia. In addition, expenditure on innovative activities by companies headquartered in Andalusia amounted to 868 million euros, 24.4% more than in 2018. This data places us in fifth position at the national level behind the Community of Madrid, Catalonia, the Basque Country and the Valencian Community.

Despite these achievements, “these figures are still far from our European benchmarks, and we must increase efforts both from the public and from the private sector to reach 2% of GDP dedicated to R&D&I”. “We have a long way to go, so the Administration will continue to strengthen public investment in R&D&I and launch new lines of incentives, for which we have planned a budget of around 130 million euros,” said Rogelio Velasco.

Success of the UMA and Málaga TechPark connection

The head of the Andalusian Ministry of Economy has emphasized the great asset that the Málaga TechPark science and technology park is for the Andalusian economy, while highlighting “the joint commitment of this entity and the University of Malaga to continue expanding the spaces for hosting innovative companies”. The park plans the construction of five new buildings, two promoted at the Málaga TechPark facilities and another three at the UMA facilities.

Velasco stressed that “this space has had the virtue of transforming threats into new opportunities and continues to advance into the future.” Among them is the development of new infrastructures in the northern part of the enclosure, with an additional 150,000 square meters, which will allow to house new companies and increase the number of workers in the park from 20,000 to 50,000 in the coming years.

Among the future projects is the construction of the ‘Smart Agora’, with the Rosalind, Ada and Lise buildings, a complex designed from energy sustainability with more than 18,000 square meters for companies dedicated to R&D and innovative activities around digital technologies (Artificial Intelligence, Big Data & machine learning, Blockchain, Cybersecurity, Cloud, aeronautical systems, railway technologies, connected vehicle). The Rosalind building is already under construction, while work is expected to begin on the other two within six months.

The Andalusian minister also highlighted a project coordinated by the University of Granada and of which Málaga TechPark is also a part: the Andalusian Digital Innovation Hub (DIH), called ‘AIR-Andalusia’. This Andalusian consortium for innovation in Applied Artificial Intelligence and Robotics aims to connect all entities that provide knowledge and technology and involve companies, institutions and all agents of the innovation and knowledge system of Malaga and Andalusia, being able to choose to be part of the European Network of Digital Innovation Hubs and to European and national aid for these IHL.

Previous Post
Málaga TechPark participates in the cycle ‘Web meetings for SMEs’ in collaboration with the Misiones Technology Park in Argentina
Next Post
On Off Engineering develops pioneering technology applied to mining from its headquarters at BIC Euronova, located in Malaga TechPark
Menu